The Vedanta-Sutras with the Commentary by Sankaracarya Sacred Books of the East, Volume 1 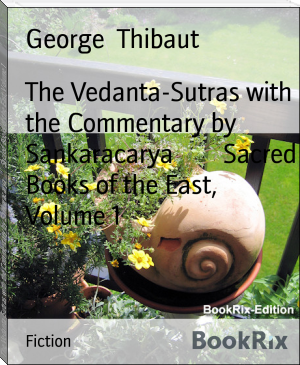 Thibaut was born in Germany, worked briefly in England, and then in 1875 was appointed Professor at the Government Sanskrit College , Varanasi.[1] From 1888 to 1895 he was professor at Muir Central College.[2] The Statesman dated 6 November 2014 under its regular column '100 Years Ago'carried the following obituary on the late Dr. Thibaut:-- The death is reported at Heildelberg Hospital, Germany of Dr George Thibaut,CIE,PhD,DSc. who recently retired from the Education Service as Registrar of the Calcutta University. Dr.thibaut who took part in Franco-German war of 1870 as a noncommissioned officer joined the Muir Central College Allahabad, some 22 years ago as Professor of Philosophy. He rose to be the Principal of the College and was appointed Registrar of the Allahabad University, afterwards being transferred to Calcutta. Besides being a well-known student of philosophy Eastern and Western, the late Dr. Thibaut was an eminent Sanskrit scholar.