The Arte of English Poesie 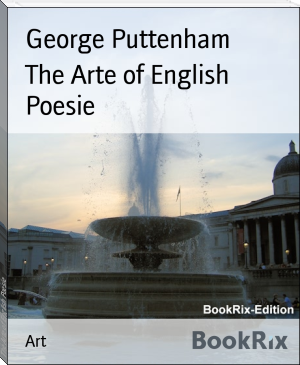 George Puttenham (1529–1590) was a 16th-century English writer and literary critic. He is generally considered to be the author of the influential handbook on poetry and rhetoric, The Arte of English Poesie (1589).
George was the second son of Robert Puttenham of Sherfield-on-Loddon in Hampshire and his wife Margaret, the daughter of Sir Richard Elyot and sister of Sir Thomas Elyot.[1][2] He had an elder brother, Richard.[1][2] He matriculated from Christ's College, Cambridge, in November 1546, aged 17, but took no degree, and was admitted to the Middle Temple on 11 August 1556.[3]

In late 1559 or early 1560 Puttenham married Elizabeth, Lady Windsor (1520–1588), the daughter and coheir of Peter Cowdray of Herriard, Hampshire. She was the widow of both Richard, brother of William Paulet, 1st Marquess of Winchester, and William, Baron Windsor.[1][2] She brought a substantial dowry to the marriage.[4] They had at least one daughter.[1][2]

Somewhere around 1562, George travelled abroad to purchase Sherfield House from his elder brother Richard.[5] He immediately quarrelled at Sherfield House with Lady Windsor's brother-in-law, Thomas Paulet, for inciting others to steal a goshawk from him; Paulet admitting to having confronted Puttenham with a dagger and wounding him twice.[5] His circle of enemies notedly widened when Lady Windsor separated from him, suing him for divorce in 1566.