Hints to Husbands A Revelation of the Man-Midwife's Mysteries 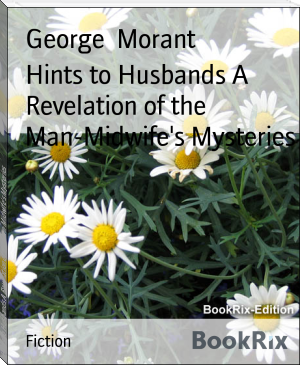 George Soulié de Morant, born 1878 in Paris, died 1955 in Paris, French scholar and diplomat. Soulié de Morant worked several years in the French diplomatic corps in China, where he served as French consul in several Chinese cities. He is mainly known for his role in introducing acupuncture in the West and for his translations of Chinese literature.

Soulié de Morant had the opportunity to start learning Chinese at the age of eight, being taught the language by a Jesuit priest. Although he had originally intended to become a physician, he had to give up his plans when he father died.

At the age of twenty, Soulié de Morant was employed by a bank, which decided to send him to China in 1899. Given Soulié de Morant's command of the Chinese language, he soon joined the French diplomatic corps, for which he would work for most of the following two decades. He served as French consul in Shanghai and Kunming and French Mixed Court in Shanghai.
Scholarly contributions

Soulié de Morant became convinced of the importance of acupuncture when he witnessed the effects of acupuncture treatment during an epidemic of cholera in Beijing. As he served as consul in several Chinese cities, he sought out teachers who could give him instruction in acupuncture.

After Soulié de Morant returned to France after several years of consular service, he was persuaded by the prominent advocate of alternative medicine, Paul Ferreyrolles (1880–1955), to put all his efforts into translating Chinese works on acupuncture. Beginning in 1929, he authored a number of articles and works on acupuncture and he became an advocate of acupuncture treatment in the French medical corps. His work l'Acuponcture chinoise, which was based on Chinese texts from the Ming dynasty such as Zhēnjiǔ Dàchéng (針灸大成), is still regarded as a classic work on acupuncture and has been published several editions and translations.