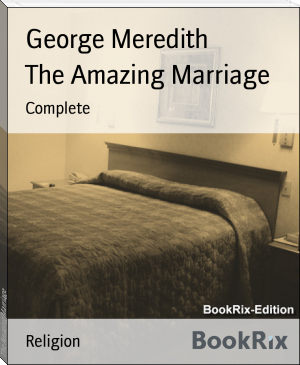 George Meredith, OM (12 February 1828 – 18 May 1909) was an English novelist and poet of the Victorian era.
Meredith was born in Portsmouth, England, a son and grandson of naval outfitters.[1] His mother died when he was five. At the age of 14 he was sent to a Moravian School in Neuwied, Germany, where he remained for two years. He read law and was articled as a solicitor, but abandoned that profession for journalism and poetry. He collaborated with Edward Gryffydh Peacock, son of Thomas Love Peacock in publishing a privately circulated literary magazine, the Monthly Observer.[2] He married Edward Peacock's widowed sister Mary Ellen Nicolls in 1849 when he was twenty-one years old and she was twenty-eight.[1]

He collected his early writings, first published in periodicals, into Poems, published to some acclaim in 1851. In 1856 he posed as the model for The Death of Chatterton, a hugely popular painting by the English Pre-Raphaelite painter Henry Wallis (1830–1916).[3] His wife ran off with Wallis in 1858; she died three years later. The collection of "sonnets" entitled Modern Love (1862) came of this experience as did The Ordeal of Richard Feverel, his first "major novel".