THE NEW MISTRESS A TALE 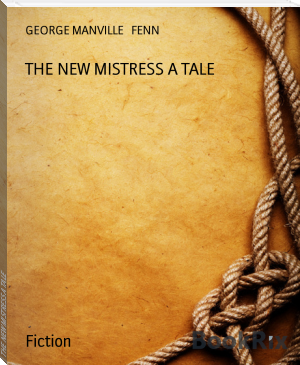 George Manville Fenn (3 January 1831, Pimlico – 26 August 1909, Isleworth) was an English novelist, journalist, editor and educationalist Fenn, the third child and eldest son of a butler, Charles Fenn, was largely self-educated, teaching himself French, German and Italian. After studying at Battersea Training College for Teachers (1851–54), he became the master of a national school at Alford, Lincolnshire. He later became a printer, editor and publisher of short-lived periodicals, before attracting the attention of Charles Dickens and others with a sketch for All the Year Round in 1864. He contributed to Chambers's Journal and Once a Week. In 1866, he wrote a series of articles on working-class life for the newspaper The Star. These were collected and republished in four volumes. They were followed by a similar series in the Weekly Times.