Mass' George - A Boy's Adventures in the Old Savannah 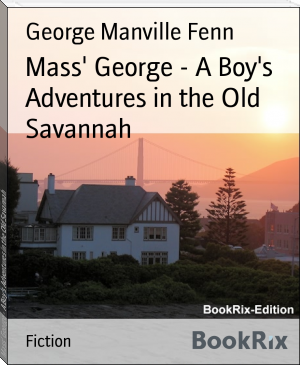 Fenn, the third child and eldest son of a butler, Charles Fenn, was largely self-educated, teaching himself French, German and Italian. After studying at Battersea Training College for Teachers (1851–54), he became the master of a national school at Alford, Lincolnshire. He later became a printer, editor and publisher of short-lived periodicals, before attracting the attention of Charles Dickens and others with a sketch for All the Year Round in 1864. He contributed to Chambers's Journal and Once a Week. In 1866, he wrote a series of articles on working-class life for the newspaper The Star. These were collected and republished in four volumes. They were followed by a similar series in the Weekly Times.

Meanwhile he was married in 1855 to Susanna Leak, daughter of John Leak of Alford. They had two sons and six daughters.

Fenn's first story for boys, Hollowdell Grange, appeared in 1867. It was followed by a long list of other novels for juveniles and adults. Having become editor ofCassell's Magazine in 1870, he purchased Once a Week and edited it until it closed in 1879. He also wrote for the theatre.

Fenn and his family lived at Syon Lodge, Isleworth, Middlesex, where he built up a library of 25,000 volumes and took up telescope making. His last book was a biography of a great fellow writer of boys' stories, George Alfred Henty. He died at home on 26 August 1909