A DISH OF ORTS 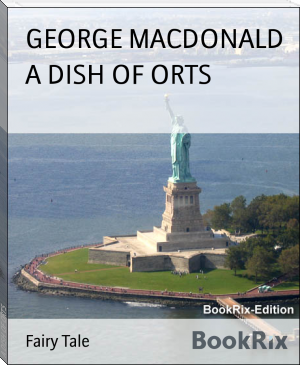 George Macdonald (1824-1905), Scottish novelist, clergyman and author of children's stories was admired by many of his peers for his tender spirituality through his graceful poems and fantastical verse. They rank high among the classics of juvenile literature.

In his George MacDonald: An Anthology (1947) C. S. Lewis states that while reading a copy of MacDonald's Phantastes (1858) "a few hours later," through inspiration of the gentle Christian's words "I knew I had crossed a great frontier.".... "I know hardly any other writer who seems closer, or more continually close, to the Spirit of Christ himself." W.H. Auden and J. R. R. Tolkien also admired his efforts. Phantastes was to become a definitive work of MacDonald's career. Through his writing, peppered with the Doric Dialect, he asserted that there was a God and art and the expression of creativity of spirit brought one closer to Him. Other successful titles were At the Back of the North Wind (1871), The Princess and the Goblin (published sometime in the 1880s) and it's sequel The Princess and Curdie (1883).