A love that was never meant to be Von: Gao Yang 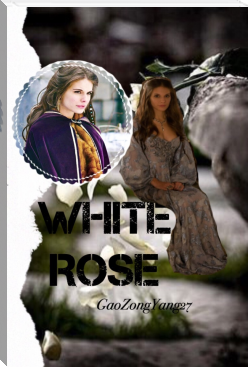 Year 3000 is the year that everyone dreams of perfection where there is no war, no hatred, no enemies, no drama, no rivalry. But this year 3000 is the total exact opposite of what people dream of. A world with wizards, vampires, werewolves, hybrids and witches; some of the most unusual creatures to ever roam the planet earth.

Isabella Valet is girl who had her own intentions as a 17 year old but she was as pure as a white rose. She had her own life and somebody she already loves.

For her entire life, she has been told that she looked exactly like an infamous huntress who hunted and killed a beast a long time ago.

She then finds out some information about why she looks like the infamous huntress, she is unable to believe because she never believed it in her life.

She encounters strength, love, betrayal and loss. But she doesn't know one consequence of being a doppleganger is that she has to be sacrificed.

Soon after that she vanishes for three years . . . But will she return?

DO NOT STEAL NOR COPY THIS STORY!

*** IN PROGRESS & MAY UPDATE WHILE BEING PUBLISHED ***

**DISCLAIMER: THIS STORY CONTAINS REFERENCES FROM TEEN WOLF AND THE VAMPIRE DIARIES; I WAS INSPIRED BY THE SHOWS TO MAKE THIS STORY. ANY REFERENCES THAT APPLY TO THE TWO SHOWS, I DO NOT OWN THEM. ALL RIGHTS GO TO THE OWNERS AND CREATORS OF THEM.