The Meaning of Good--A Dialogue 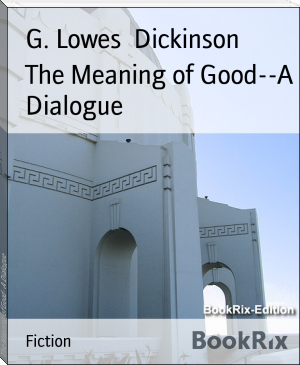 Goldsworthy Lowes Dickinson (6 August 1862 – 3 August 1932), known as Goldie,[1] was a British political scientist[2] and philosopher. He led most of his life at Cambridge, where he wrote a dissertation on Neoplatonism before becoming a fellow. He was closely associated with the Bloomsbury Group.

Dickinson was deeply distressed by Britain's involvement in the First World War. Within a fortnight of the war's breaking out he drew up the idea of a League of Nations, and his subsequent writings helped to shape public opinion towards the creation of the League.