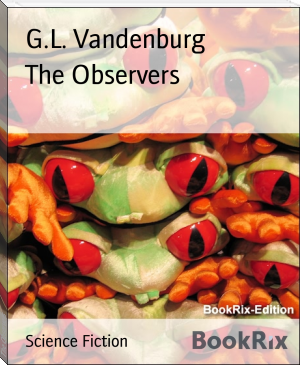 G.L.Vandenburg wrote quirky and funny Science Fiction stories for Amazing Science Fiction Stories, and similar magazines in the 1950's. These four are a selection that give a good taste of his offbeat approach, strange sense of humor and relaxed narrative style that brought joy and excitement to those of us who bought these magazines and saw his name on the cover. In the first, Martian V.F.W., some strange visitors join a parade; in the second, Jubilation, U.S.A, our first visitors from outer space encounter a One-Armed Bandit and don't exactly hit the jackpot; in the third, Moon Glow, the first Americans on the Moon receive an unwelcomed surprise; and in the last, The Observers, a sinister plot involving bald men is thwarted by a dumb secretary