The Bride Of Dreams 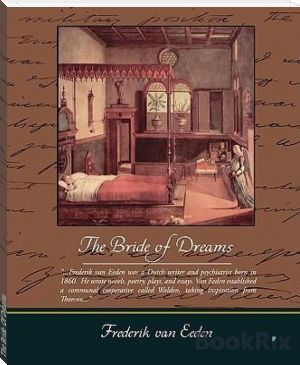 Frederik Willem van Eeden (3 April 1860, Haarlem – 16 June 1932, Bussum) was a late 19th-century and early 20th-century Dutch writer and psychiatrist. He was a leading member of the Tachtigers, and had top billing among the editors of De Nieuwe Gids (The New Guide) during its celebrated first few years of publication, starting in 1885.
Van Eeden was the son of the Frederik Willem van Eeden (botanist) (nl), director of the Royal Tropical Institute in Haarlem. In 1880 he studied English at Leiden University where he pursued a bohemian lifestyle and wrote poetry. Whilst living in the city, he coined the term Lucid dream in the sense of mental clarity, a term that nowadays is a classic term in the Dream literature and study, meaning dreaming while knowing that one is dreaming. In his early writings, he was strongly influenced by Hindu ideas of selfhood, by Boehme's mysticism, and by Fechner's panpsychism.