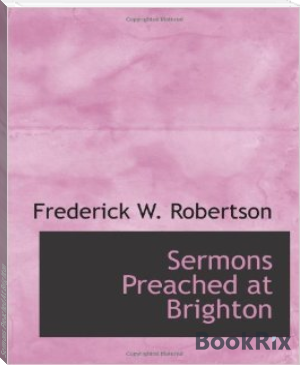 Frederick William Robertson (3 February 1816 – 15 August 1853), known as Robertson of Brighton, was an English divine.Born in London, the first five years of his life were passed at Leith Fort, where his father, a captain in the Royal Artillery, was then resident. The military spirit entered into his blood, and throughout life he was characterised by the qualities of the ideal soldier. In 1821 Captain Robertson retired to Beverley, where the boy was educated. At the age of fourteen he spent a year at Tours, from which he returned to Scotland, and continued his education at the Edinburgh Academy and university.