The Tale of a Field Hospital 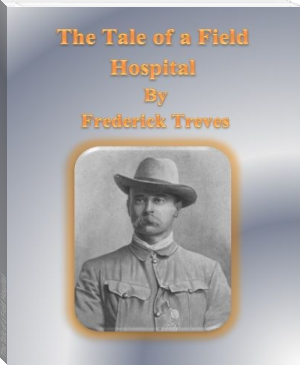 The South African War, of which this Tale is told, is already near to be forgotten, although there are many to whom it still remains the most tragic memory of their lives.
War is ever the same: an arena, aglare with pomp and pageant, for the display of that most elemental and most savage of human passions, the lust to kill, as well as a dumb torture place where are put to the test man's fortitude and his capacity for the endurance of pain.
This brief narrative is concerned not with shouting hosts in defiant array, but with the moaning and distorted forms of men who have been "scorched by the flames of war." It deals with the grey hours after the great, world-echoing display is over, with the night that ends the gladiator's show, when the arena is occupied only by the maimed, the dying and the dead.