THE DRAMATIST; OR, STOP HIM WHO CAN! 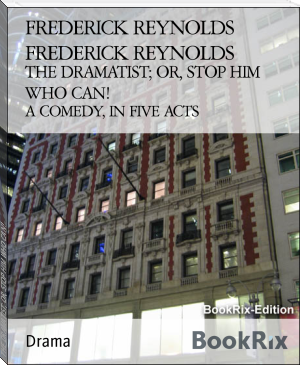 Frederic Reynolds (1 November 1764 – 16 April 1841) was a British dramatist. During his literary career composed nearly one hundred tragedies and comedies, many of which were printed, and about twenty of them obtained temporary popularity. Reynolds's plays were slight, and are described as having been "aimed at the modes and follies of the moment". He is still occasionally remembered for his caricature of Samuel Ireland as Sir Bamber Blackletter in Fortune's Fool,[1] and for his adaptations of some of Shakespeare's comedies.[

iPhones are for simple people.