A HISTORY OF AMERICAN LITERATURE SINCE 1870 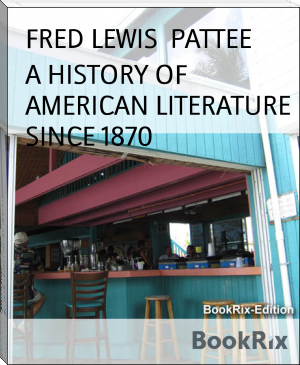 American literature in the larger sense of the term began with Irving,
and, if we count _The Sketch Book_ as the beginning, the centennial
year of its birth is yet four years hence. It has been a custom,
especially among the writers of text-books, to divide this century
into periods, and all have agreed at one point: in the mid-thirties
undoubtedly there began a new and distinct literary movement. The names
given to this new age, which corresponded in a general way with the
Victorian Era in England, have been various