A Popular History Of France From The Earliest Times Fiscle (Part-I) Volume V. Of VI 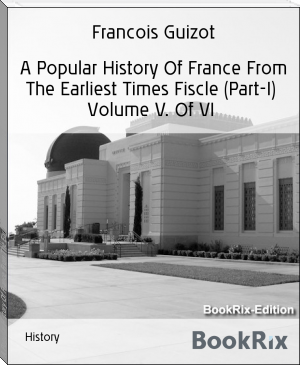 François Pierre Guillaume Guizot was a French historian, orator, and statesman. Guizot was a dominant figure in French politics prior to the Revolution of 1848, actively opposing as a liberal the reactionary King Charles X before his overthrow in the July Revolution of 1830, then in government service to the "citizen king" Louis Philippe, as the Minister of Education, 1832-1837, ambassador to London, Foreign Minister 1840-1847, and finally Prime Minister of France from September 19, 1847 to February 23, 1848. His "Popular History of France" is an attractive and engrossing narravative, here presented in an easily readable English translation by Robert Black, first published in 1898.