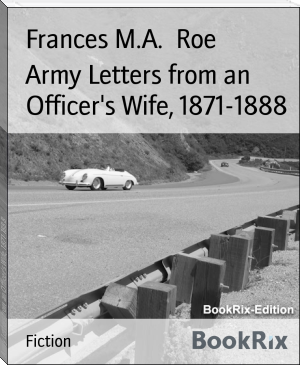 Frances M. A. Roe, born Frances Marie Antoinette Mack (died 6 May 1920) was the wife of U. S. Army officer Fayette Washington Roe, ultimately a Lieutenant Colonel, who was sent to Fort Lyon in Colorado Territory in 1871. She accompanied him and recorded her life during these years in a memoir.[1] While her husband's career has been described as "unremarkable",[2] Roe continues to be known on the basis of her book for the accurate picture of Army life it painted.[3] Black soldiers from this period became known as the "Buffalo Soldiers"; Roe's was the first documented use of the name.[4][5][6] Roe said of the Buffalo Soldiers: