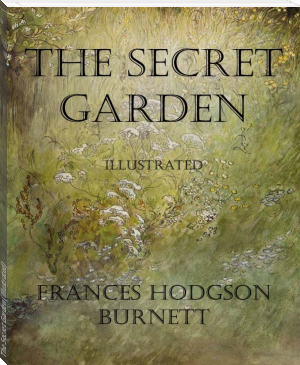 The Secret Garden is a novel by Frances Hodgson Burnett; illustrated by M. B. Kork. It was initially published in serial format starting in the autumn of 1910, and was first published in its entirety in 1911. It is now one of Burnett's most popular novels, and is considered to be a classic of English children's literature. Several stage and film adaptations have been produced.

Frances Eliza Hodgson Burnett (1849–1924) was an English playwright and author. She is best known for her children's stories, in particular Little Lord Fauntleroy (published in 1885-6), A Little Princess (1905), and The Secret Garden (1911).

When orphaned Mary Lennox comes to live at her uncle's great house on the Yorkshire Moors, she finds it full of mysterious secrets. There are nearly one hundred rooms, most of which are locked, and the house is filled with creepy old portraits and suits of armor. Mary rarely sees her uncle, and perhaps most unsettling of all is that at night she hears the sound of someone crying down one of the long corridors.

The gardens surrounding the odd property are Mary's escape and she explores every inch of them—all except for the mysterious walled-in, locked garden. Then one day, Mary discovers a key.