The Whirl: A Romance of Washington Society 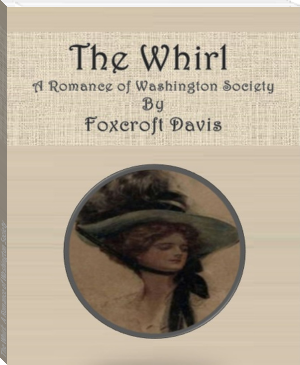 Few men have the goal of their ambition in sight at thirty-eight years of age. But Sir Percy Carlyon had, when he was appointed First Secretary of the British Embassy at Washington, with a very well-arranged scheme worked out by which, at the end of four years, he was to succeed his uncle, Lord Baudesert, the present Ambassador. This realisation of his dreams came to Sir Percy on a December afternoon dark and sharp, as he tramped over the frozen ground through the stark and leafless woods, which may yet be found close to Washington.