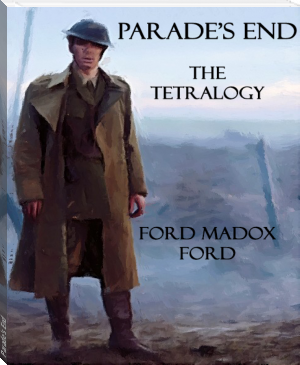 Parade's End is a tetralogy (four related novels) by Ford Madox Ford. It is set mainly in England and on the Western Front in World War I, where Ford served as an officer in the Welsh Regiment, a life vividly depicted in the novels. Ford Madox Ford (1873–1939) was an English novelist, poet, critic and editor whose journals.

The four novels were originally published under the titles: Some Do Not ..., No More Parades, A Man Could Stand Up, and Last Post. They were combined into one volume as Parade's End, which has been ranked at number 57 on the Modern Library's 100 Best Novels list.

J. Gray hailed "possibly the greatest 20th-century novel in English". Likewise, Mary Gordon labelled it as "quite simply, the best fictional treatment of war in the history of the novel".

The novels chronicle the life of Christopher Tietjens, "the last Tory", a brilliant government statistician from a wealthy landowning family who is serving in the British Army during World War I. His wife Sylvia is a flippant socialite who seems intent on ruining him. Tietjens may or may not be the father of his wife's child.