The Temple in the Sky 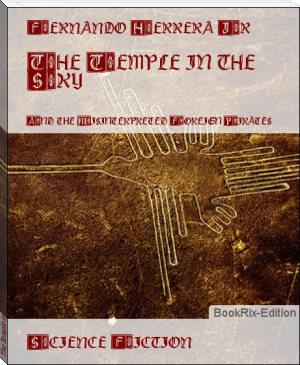 A witty anthropologist is outraged by immature theories of narrow minded, culture blinded archeologists and scientists. He travels to Nazca, Peru, to study the ancient, mysterious lines, which were carved onto the desert flats of Peru by the natives, thousands of years ago. He intends to prove, once and for all, that they were intended, merely for religious and mythological purposes. Once there, he seems to find exactly what he expected: evidence of religious rituals, etc. but he still cannot explain how the lines were created. By chance, he stumbles upon an ancient manuscript of bizarre chronicles, one that was forged by a "forgotten," ancient king of Nazca. He "un-riddles" it out of curiosity and question, and discovers the location of a secret temple that would prove to become one of the grandest treasures ever to be discovered. However, this is only the background plot, this story is mostly about the ancient King and his adventures with the temple.