The Life and Correspondence of Sir Isaac Brock 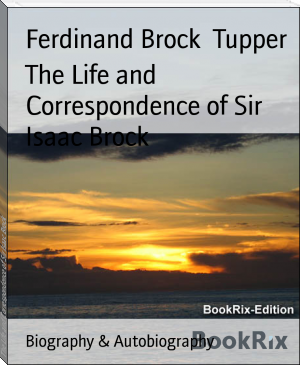 The Guernsey family of BROCK is probably of English origin, but we have
been unable to ascertain the period of its first establishment in the
island. The parochial register of St. Peter-Port extends only to the
year 1563, soon after which time it contains the name of Philip Brock.
By "Robson's Armorial Bearings of the Nobility and Gentry of Great
Britain and Ireland," eight families of the name of Brock appear to bear
different arms, one of which was borne by all the Brocks of
Guernsey--viz. azure, a fleur de lis or, on a chief argent a lion pass.
guard. gu.--crest, an escallop or[2]--until the death of Sir Isaac
Brock, when new and honorary armorial bearings were granted by the
sovereign to his family.