My Kidnapper Is My Mate 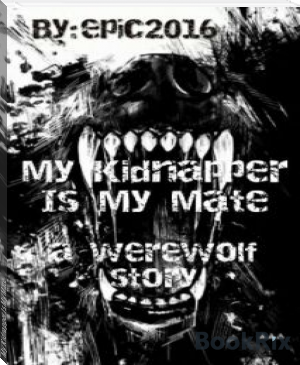 It was last night when Jenny had her last bite from her pizza before yawning and deciding to go to sleep. After the third strike coming from the only ancient wooden clock in the house to announce that it is midnight, something strange happened in that old house. A terrifying howl came from Jenny's room. Her only old man servant came running to see what's going on and how come a howl has been heard in the house. Mr. Jefferson climbed the stairs two at a time and head straight to her door. Jenny ends up in a castle full of werewolves. Her kidnapper precisely is their prince and alpha. However, after revealing the truth Jenny finds it hard to believe and tries to escape countless times, but in vain.

Will she fall in love with Alpha  Xavier?

Will she finally believe that werewolves exists ?

What happens next in the story is up to jenny to decide. read to know more.

Plz continue writing.. Its a good one

Its a good book. I enjoyed it. Keep on writing