Freedom in Science and Teaching. from the German of Ernst Haeckel 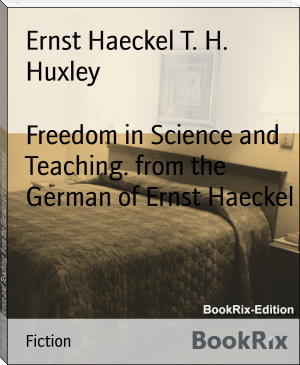