FREEDOM IN SCIENCE AND TEACHING 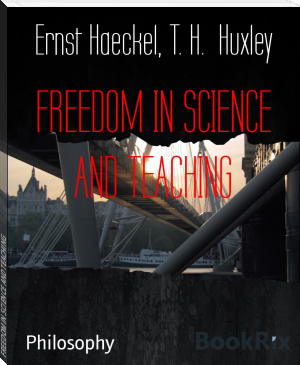 When the address delivered by Rudolph Virchow on the 22d of September last year, at the fiftieth meeting of German Naturalists and Physicians at Munich, on "Freedom of Science in the Modern State," appeared in print in the following October, I was called upon, on many sides, to prepare a reply. And such a reply on my part seemed, in fact, justified by the severe strictures which Virchow in his discourse had directed against one delivered by me only four days previously, before the same meeting, on "The Modern Doctrine of Evolution in its Relation to General Science." The general views which Virchow then unfolded proved such a fundamental opposition in our principles, and touched our dearest moral convictions so nearly, that any reconciliation of such antagonistic views was no longer to be thought of. Nevertheless I forbore publishing the ready reply for two reasons: one relating to the matter itself, the other a personal one.