A HISTORY OF FRENCH EXPLORATIONS AND PROJECTS IN AUSTRALIA Von: ERNEST SCOTT 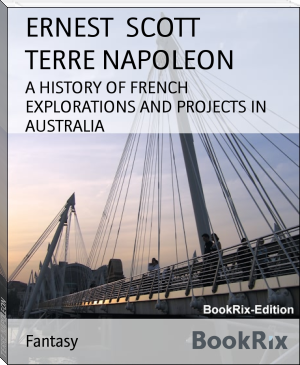 
Scott (left) and William Harrison Moore photographed in the Quadrangle of the Old Law building, University of Melbourne, circa 1914-1918.
Scott was born in Northampton, England son of Hannah Scott, housekeeper; William Scott, civil engineer, was cited as his father when Ernest married.[1] Ernest Scott was educated at St Katherine's Church of England School, Northampton and worked as a journalist on the London Globe. On 7 May 1892 Scott married Mabel Emily Besant, daughter of Rev. Frank and Annie Besant, the theosophist; they had one child, Muriel (1893–1924).[1]