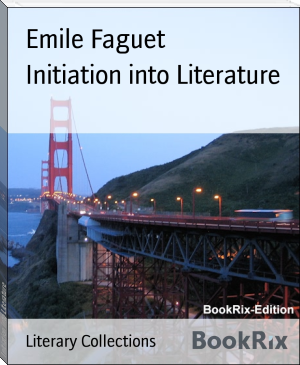 Auguste Émile Faguet (17 December 1847 – 7 June 1916) was a French author and literary critic. Faguet was born at La Roche-sur-Yon, Vendée, and educated at the École normale supérieure in Paris. After teaching for some time in La Rochelle and Bordeaux, he returned to Paris to act as assistant professor of poetry in the university. He became professor in 1897. He was elected to the Académie française in 1900, and received the ribbon of the Légion d'honneur in the next year.
He acted as dramatic critic to the Soleil; from 1892 he was literary critic to the Revue Bleue; and in 1896 took the place of Jules Lemaître on the Journal des débats. He died in Paris, aged 68.