The History Of Education (fiscle part-III) 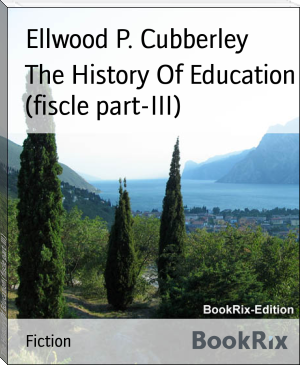 Ellwood Patterson Cubberley (1868 – 1941) was an American educator and a pioneer in the field of educational administration. He spent most of his career as a professor and later dean in the Stanford Graduate School of Education in California.

Cubberley was born in Andrews, Indiana. He graduated from Indiana University in 1891, he then served as president of Vincennes University from 1891 until 1896. He was superintendent of schools in San Diego, California from 1896 until 1898.