The Gentle Art of Cooking Wives 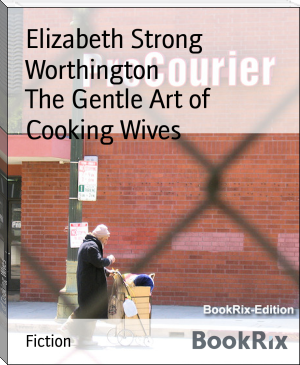 Elizabeth Strong Worthington (October 5, 1851 - October 2, 1916)[1] was a popular American writer during the latter part of the 19th century. Her first books When Peggy Smiled: A Love Story and The Biddy Club, were published in 1888. Her next works The Little Brown Dog and How to Cook Husbands (arguably her most popular work), came along in 1898, and her final book was The Gentle Art of Cooking Wives in 1900. She sometimes wrote under the pen name Griffith A. Nicholas.