A Brief Memoir with Portions of the Diary, Letters, and Other Remains, of Eliza Southall, Late of Birmingham, Eng 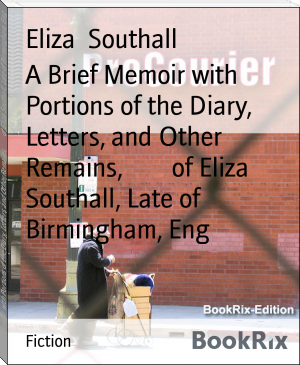 The first edition of this volume appeared in England in 1855, where
it was printed for private circulation only. Many expressions of the
interest that has been felt in its perusal, and of the value that has
been attached to the record it contains, have reached the editor
and the family of the departed. Several applications to allow its
publication in America have also been received; and, after serious
consideration, the editor feels that he ought not to withhold his
consent.