A Mountain Woman And Others 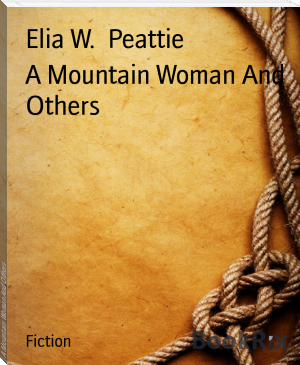 Elia Wilkinson was the daughter of Frederick and Amanda (Cahill) Wilkinson.[2] She was born in Kalamazoo, Michigan, but moved with her family to Chicago when she was young. She stopped attending school when she was fourteen, but kept up a reading habit. In 1883 she married Robert Burns Peattie, a Chicago journalist. She began writing short stories for newspapers, and became a reporter with the Chicago Tribune and subsequently the Chicago Daily News. In 1889 she moved to Omaha, becoming chief editorial writer on the Omaha World-Herald. She wrote for magazines including Century, Lippincott's Magazine, Cosmopolitan Magazine, St. Nicholas, Wide Awake, The American Magazine, America, Harper's Weekly, and San Francisco Argonaut.