A Philological Essay Concerning the Pygmies of the Ancients 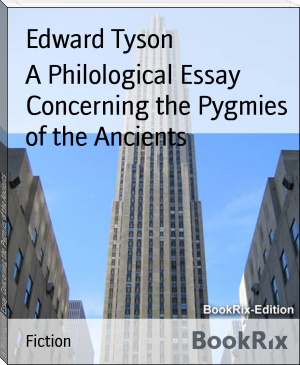 Edward Tyson (20 January 1651 – 1 August 1708) was a British scientist and physician, commonly regarded as the founder of modern comparative anatomy,[1] which compares the anatomy between species.

Tyson was born the son of Edward Tyson at Clevedon, in Somerset. He obtained a BA from Oxford in 1670, a MA from Oxford in 1673, and a MD from Cambridge in 1677. In 1684 he was appointed physician and governor to the Bethlem Hospital in London (the first mental hospital in Britain, second in Europe). He is credited with changing the hospital from a zoo of sorts to a place intended to help the inmates. He was elected a Fellow of the Royal Society in November 1679.