The Uses of Astronomy An Oration Delivered at Albany on the 28th of July, 1856 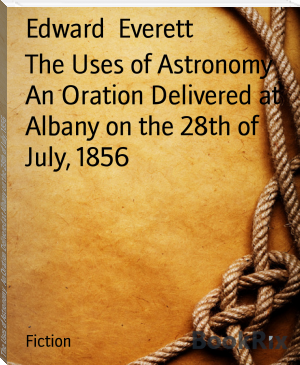 Edward Everett (April 11, 1794 – January 15, 1865) was an American politician, pastor, educator, diplomat, and orator from Massachusetts. Everett, a Whig, served as U.S. Representative, U.S. Senator, the 15th Governor of Massachusetts, Minister to Great Britain, and United States Secretary of State. He also taught at Harvard University and served as its president.