Embassy to the Eastern Courts of Cochin-China,

Siam, and Muscat In the U. S. Sloop-of-war Peacock, David Geisinger, Commander, During the Years 1832-3-4 Von: Edmund Roberts 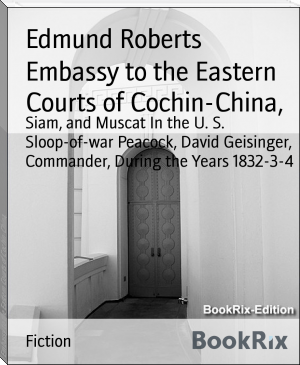 Edmund Roberts, appointed by President Andrew Jackson as America's first envoy to the Far East, went in the U. S. sloop-of-war Peacock on two consecutive non-resident embassies to the Eastern courts of Cochin-China, Siam, and Muscat during the years 1832–6. Roberts concluded treaties with Siam[3] and the Sultan of Muscat in Oman,[4] ratified in Washington, D.C. 30 June 1834.