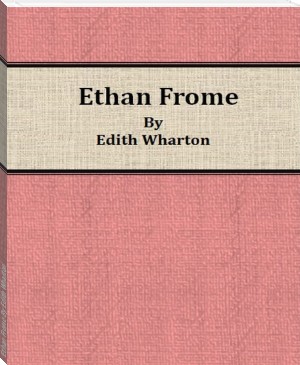 I had the story, bit by bit, from various people, and, as generally happens in such cases, each time it was a different story.
If you know Starkfield, Massachusetts, you know the post-office. If you know the post-office you must have seen Ethan Frome drive up to it, drop the reins on his hollow-backed bay and drag himself across the brick pavement to the white colonnade: and you must have asked who he was.
It was there that, several years ago, I saw him for the first time; and the sight pulled me up sharp. Even then he was the most striking figure in Starkfield, though he was but the ruin of a man. It was not so much his great height that marked him, for the "natives" were easily singled out by their lank longitude from the stockier foreign breed: it was the careless powerful look he had, in spite of a lameness checking each step like the jerk of a chain. There was something bleak and unapproachable in his face, and he was so stiffened and grizzled that I took him for an old man and was surprised to hear that he was not more than fifty-two. I had this from Harmon Gow, who had driven the stage from Bettsbridge to Starkfield in pre-trolley days and knew the chronicle of all the families on his line.