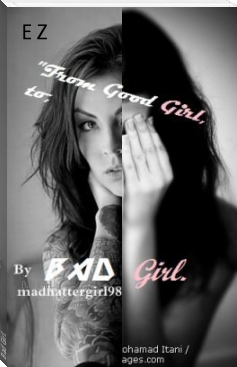 "You know, there is something...," He trailed off, taking a smooth step forward.

Libia looked up at him. Now that he was blocking the light behind him, she could see his face better. His eyes twinkled with mirth, and it was refreshing to see something other than that serious gaze that he had on, trying to hide the anger that he still felt, but failing. She saw no anger, now, just intent.

"What is it?" She asked him curiously.

"Isn't the damsel always supposed to repay her knight in shining armor with a kiss or some stupid shit like that?" He asked.

Libia paused for a moment, before snorting. "Was that supposed to be romantically witty? Because adding 'some stupid shit like that' kind of ruined it," She informed him.

And then it sank in, and she looked sharply up at him. "What did you say?"

He gripped her face in both of his hands. "This will be enough...for tonight," He murmured, before leaning down, capturing her lips with his.

Follow along with Libia, a regular girl thrown into a tangle of thorns and roses the world likes to call love. Confused and hurt from a cruel prank pulled on her by the school's player, Johnson Breaker, she literally falls into the arms of the trouble-maker, Damon Slain. He offers her a way to get back at the jerk who broke her heart, and she accepts. Little does she know, that involves turning her into the sexiest Bad Girl that Giddian High has ever seen. Will she be able to show Johnson what he missed out on? And will she reveal her secret hobby to Damon?

Awesome book and the cutest love story I've ever read!The manipulative tendency was creepy though =_=
Please just update, I am dying here to read next....

I love it<3 plz continue

Please finish this book! I love it, it's just so amazing!!

i love the book!!! can't wait for the ending!!! they are absolutely adorable !!!

I LOVE THIS BOOK PLEASE CONTINUE I READ IT REPEATEDLY

i hope u could update soon

Plz udate! This syory sounds like my love story.... Crazy i know but id love to know how it ends :)

I love the story please update