A Knight of the Nineteenth Century 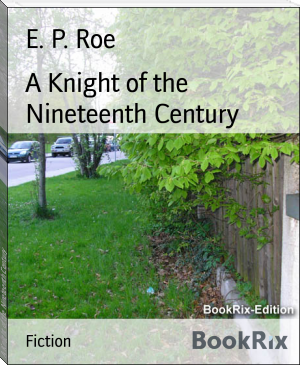 E. P. Roe was an American novelist. His novels were very popular in their day, especially with middle class readers in England and America, and were translated into several European languages. Their strong moral and religious purpose, and their being written by a clergyman, did much to break down a Puritan prejudice in America against works of fiction.