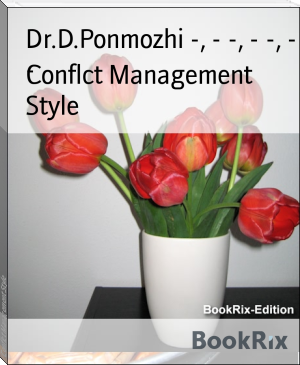 Throughout the centuries, conflict has been observed as, a major problem in educationa organizations. With the coming of the 21st century, conflict became one of the most important tools in the development of organizations when it is carefully managed. The purpose of this study was to investigate conflict management styles in secondary schools and their effects on teacher performance. It also sought to identify constructive methods of managing conflicts amongst teachers. The researcher used descriptive survey and was carried out in Bomet District. The target population was 77 schools in the district. Purposive sampling was used to select the best seven performing schools and the seven poor performing schools in the district. Stratified sampling was used to select five teachers from the following five departments namely; Languages, Sciences, humanities, Technical and Creative Arts and Guidance and Counseling. Purposive sampling was employed to pick the headteacher for each selected school. Headteacher Conflict Management questionnaire, Teacher Conflict Management and semi-structural interview schedule were used to collect data. The instruments were piloted using a sample of two best performing schools and two poor performing schools in the district to pre-test them. Headteacher and Teacher Conflict Management Questionnaires were served to the headteachers and teachers respectively to elicit their opinions on conflict management styles and their effects on teacher performance. Semi-structured interview schedule were applied to ten 1306 chairpersons chosen randomly from the selected schools. The researcher used test-retest technique to determine the reliability of the instrument. A persons product moment formula for the test-retest was employed to compute the correlation coefficient. A correlation coefficient of about 0.8 was considered high enough to judge the instrument as reliable for study. The study used content validity to measure the relevance of the research instruments. Data collected was coded and analyzed manually using qualitative analysis. The study identified five conflict management styles used in secondary school. It found out that cooperative problem solving was the most effective conflict management style in secondary schools in Bomet District. Finally, the researcher recommends that further research be clone to investigate conflict management styles and their effect on teacher performance in other schools within the District. A comparative study could also be carried out between schools from another district and from Bomet District.