A Parody Outline of History 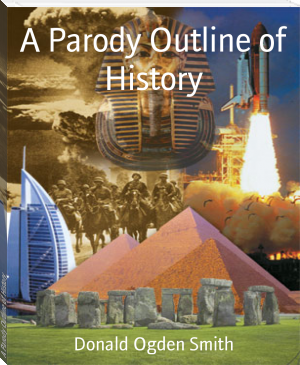 Mr. H. G. Wells, in his “Outline of History,” was of necessity forced to omit the narration of many of the chief events in the history of these United States. Such omissions I have in this brief volume endeavored to supply. And as American history can possibly best be written by Americans and as we have among us no H. G. Wells, I have imagined an American history as written conjointly by a group of our most characteristic literary figures.
Apologies are due the various authors whose style and, more particularly, whose Weltanschauung I have here attempted to reproduce; thanks are due The Bookman for permission to reprint such of these chapters as appeared in that publication. I give both freely. D. O. S.