Myths Of Babylonia And Assyria 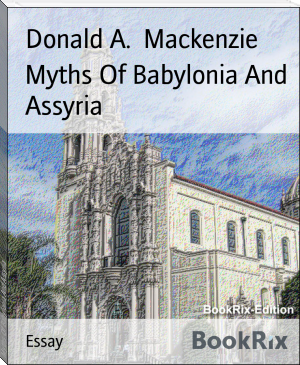 Donald Alexander Mackenzie (24 July 1873 – 2 March 1936) was a Scottish journalist and folklorist and a prolific writer on religion, mythology and anthropology in the early 20th century.Mackenzie was born in Cromarty, son of A.H. Mackenzie and Isobel Mackay.[1] He became a journalist in Glasgow and in 1903 moved to Dingwall as owner and editor of The North Star.[2] His next move, in 1910, was to the People's Journal in Dundee.

Wow. I love that food