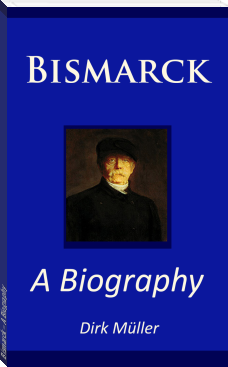 For some, he was the greatest chancellor Germany ever produced, others have stylised him as a “demon” and made him directly or indirectly responsible for almost everything that subsequently went wrong in German history.

It seems to be clear that the truth – or better, the next best possible thing to it – lies somewhere in between. It is not the intention of this book to dictate to its readers exactly where. Rather, it is meant to supply some facts with their interpretation which may form the basis for a well-grounded image of this colourful personality.

Based on modern academic research, but written in a lively, readable style.

After historical studies in Berlin and Edinburgh, Dirk Müller has written for major newspapers. He has published several books on political and historical topics, including a popular portrait of Chancellor Merkel, successor of Bismarck.