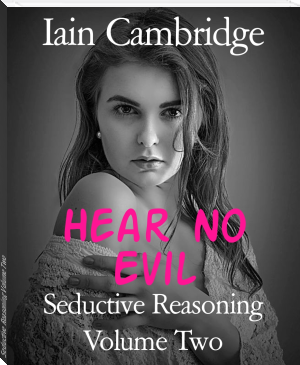 The sway of her hips was echoed in the movement of her dress and the swell of her breasts, whilst her hair bounced in ribbons of curls that flowed down her back before stopping between her shoulder blades. The very air around her seemed to part as she drifted through the world rather than be any part of it, closing behind her like an impenetrable door that could only be opened by the key of this fanciful imaginary paradise that Simon’s psyche was now creating.

Paige lives in a world of silence, a silence that is about to be shattered.

Not by the young man who had gained her affections with his clumsy attempts at sign language. Or her brother Martin who, even though locked in a loveless marriage still remained her rock, but someone else.

Someone she has never met.

Someone who lives in the shadows.

In this, the second story in her 'Seductive Reasoning' series, Dimpra Kaleem explores how bad choices affect so many lives - Including our own.