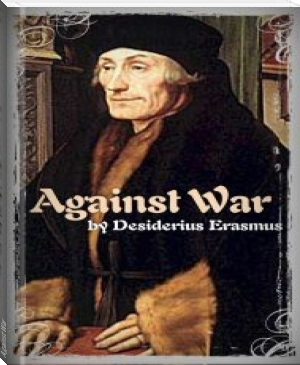 Erasmus considers war to be an unmitigated evil, which should only be turned to as a last resort. Erasmus asserts the pacificist democratic argument which is popular in the Age of Enlightenment and with modern liberals that wars are not the desire of the common man. The implication is the traditional structures of power were overturned, and politics were more democratic, wars would cease. Leaders should not turn to counsel from those who have an interest in war, arms dealers, and the inexperienced who find war attractive, but to "older men renowned by their mercy and benevolence." Erasmus recognizes that there are a plurality of motivations to war: desire for power, envy, greed, and so on, but he is curious as to its metaphysical status. Warring seems to be unique to humanity, he notes. Comparing humans with animals, beasts are quite benign in their affairs, yet humans are apt to put thousands on the battlefield with the aim of killing and destroying.