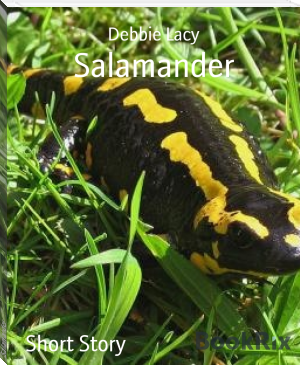 Early one morning, Mr. Rodgers witnessed a number of little salamanders jetting across the kitchen floor when he expressed the need to have the home exterminated. One day after school, their son Trevor brought in one of the tiny yellow and black amphibians from the yard to show his mother and to keep as a pet when he shared his little discovery with his sister Amanda. Unfortunately, Amanda was quite terrified of the little creature and displayed a frantic outburst startling him when the tiny critter escaped the inclosure of the dropped shoebox. Later behind the scenes, the tiny intruder mated with one of the other little invaders causing disruption throughout the home. Consequently, the nest was found in Amanda’s closet whereas the exterminator destroyed them. Months past without any sights of the little impetuous creepy crawlers yet, one of the tiny amphibians still remained.

Introducing another one of my cute little children stories entitled, "Salamander" ~ Now available for your reading pleasure... I hope you find it entertaining!