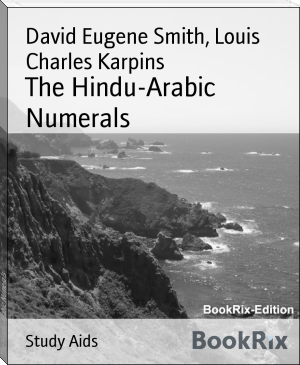 The system is based upon ten (originally nine) different glyphs. The symbols (glyphs) used to represent the system are in principle independent of the system itself. The glyphs in actual use are descended from Indian Brahmi numerals and have split into various typographical variants since the Middle Ages.