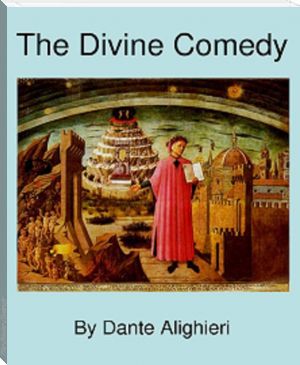 The Divine Comedy is an epic poem written by Dante Alighieri. It is widely considered the pre-eminent work of Italian literature, and is seen as one of the greatest works of world literature. The poem's imaginative and allegorical vision of the afterlife is a culmination of the medieval world-view as it had developed in the Western Church. It helped establish the Tuscan dialect, in which it is written, as the standardized Italian language. It is divided into three parts: Inferno, Purgatorio, and Paradiso.

On the surface, the poem describes Dante's travels through Hell, Purgatory, and Heaven; but at a deeper level, it represents allegorically the soul's journey towards God. At this deeper level, Dante draws on medieval Christian theology and philosophy, especially Thomistic philosophy and the Summa Theologica of Thomas Aquinas.

The poem is written in the first person, and tells of Dante's journey through the three realms of the dead, lasting from the night before Good Friday to the Wednesday after Easter in the spring of 1300. The Roman poet Virgil guides him through Hell and Purgatory; Beatrice, Dante's ideal woman, guides him through Heaven. Beatrice was a Florentine woman whom he had met in childhood and admired from afar in the mode of the then-fashionable courtly love tradition.