American Prisoners Of The Revolution 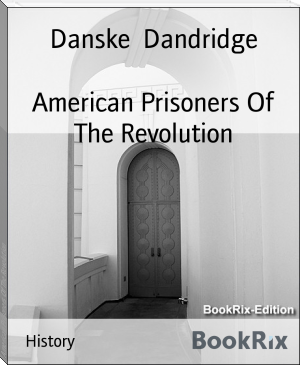 Dandridge was born on November 19, 1854 in Copenhagen, Denmark to Caroline Lawrence Bedinger and Henry Bedinger III, the United States' first ambassador to Denmark. She was brought to the United States in 1857, living in Flushing, New York and later in Shepherdstown, Virginia.

In Shepherdstown, her mother purchased an estate called "Poplar Grove", renaming it "Rosebrake" and here the family cared for wounded soldiers during the Battle of Antietam. Danske married Stephen Dandridge on May 3, 1877. They went on to have three children.

As a child, she used to write poetry and aspired to be a writer, but put her writing aside for some years. She began writing poetry again in 1883 and had her first poem published in Godey's Lady's Book in 1885. She renamed the family home "Rose Brake" at about the same time. In March 1888, Danske's first book of poems, "Joy and Other Poems," was published by G.P. Putnam's Sons. In the late 1890s, she turned to writing garden articles for "Garden and Forest" among other publications, and after that devoted her time to writing works of history. She died at home in Shepherdstown, West Virginia on June 3, 1914.