The Holy Lance of Christ

The Company of the Morning Star Von: Daniel Bernhard 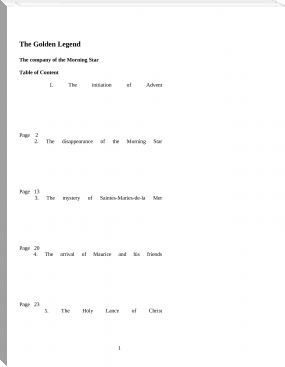 Maurice has brought the Holy Lance to Saint Peter. George, who was an officer in Diocletian’s army, is helping the Christians to defend themselves against the Roman Empire. The Christians are soon confronted with a much more powerful enemy. His name is King Bloodstone. He abducts Christian and the Morning Star. Mauritius and the monks of Mount Mary, Mount Jesus and the Mountain of the Angels accompany them into the underworld to rescue Christian. With the help of the Holy Lance of Christ they defeat the Reptilian army of Sobek. They mange to rescue the Morning Star from the Castle of Queen Jezebel. The joy is great when the Company of the Morning Star returns to Saint Peter on Christmas Eve.
King Bloodstone sends the Dark Knight to Saint Peter when the Christian communities are preparing for the feast of Mary Light Mass. The time of pilgrimages arrives with the beginning of the spring season. A dragon appears abducting some orphans and Farmer Jack. The Christians are visiting the shrine of Mary to celebrate annunciation when the dragon attacks the Queen of Heaven. George kills the dragon with the Holy Lance of Christ. The orphans are released from the underworld together with Farmer Jack.
George organizes a football tournament. Young and old, men, women and children are allowed to participate. Saint Peter, whose population is mainly orphans and elderly people, does not stand a chance against Saint Andrew. George develops a technique beating the stronger teams of the tournament. Saint Peter makes it to the final where they get beaten by the black widows of Saint John.