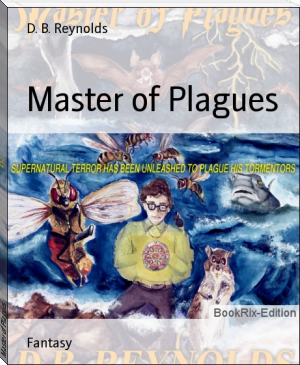 This spine-tingling fantasy is sure to take you on a supernatural ride. Meet Stuart Duffelmeyer, a soon-to-be top graduate of NYU’s School of Veterinary Medicine. Stuart is targeted by eight of his egomaniacal college classmates once they learn he’s desperate to break his virginity. His classmates lure him to a sleazy motel in the South Bronx where they play out a heinous prank. His night ends in utter disappointment after learning that his date was just a beautiful mechanical doll. He suffered severely as a result of their callous behavior and feels he must get even with his tormentors.

A chance encounter allows him to come across a magical Hebrew talisman with undescribable powers. Once the talisman is consecrated, Stuart is brought away from Earth and into the far regions of another galaxy. The spirit of his one-time chief rabbi, Irwin Wedemeyer, explains to him that the talisman will grant him miraculous powers over the creatures and elements of the Earth. Rabbi Wedemeyer insists that Stuart not abuse the powers bestowed upon him. He returns to Earth and his fun is about to begin. His first target is the main orchestrator of the prank.

One of the most dreaded creatures in all of New York City plagues his office and his home, wreaking havoc to the point of causing him mental anguish. The seven other culprits have moved to different cities throughout the country. Little do they know that Stuart’s absolute domination over Earthly creatures and elements will bring plagues of unspeakable horrors into their lives. This will teach the eight of them that asking for his forgiveness is the only way to terminate the plagues inflicted upon them. Oh, how sweet revenge can be. This stirring tale of adventure, intrigue, redemption and mystical powers is sure to get the adrenalin pumped.