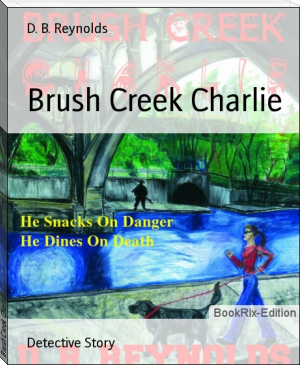 Charles “Charlie The Machete” Rastelli is a shellshocked Vietnam War veteran who lives with serious post traumatic stress disorder. Charlie’s self-esteem is shattered by the fact that he suffered from genital mutilation from ammunition crossfire while serving in Vietnam. His life has spiraled far out of control. An engineering marvel known as Brush Creek is where he has always found his piece of solitude.

Brush Creek is an east to west stretch of creek sewage, woods, wildlife, and concrete jogging trails. Failure to kill a certain woman becomes his pretext to building a murderous resume. Charlie lures women from prominent working class to prostitutes and drug addicts to his apartment. Strangulation is his method of murder. A Full Tang Monster Machete is his method of mutilation. His victim’s bodies are transported in trashbags and dumped in Brush Creek.

Members of an all-women support group are determined to put an end to the killing cycle fueled by Charlie. These diligent women consolidate resources and power with law enforcement to try and make sure that more bodies won’t surface anymore in Brush Creek. Will Charlie meet up with the specter of death when he decides to go too far? It’s a serious race against time to end a psychopath’s homicidal escapades.